The frozen air ripples from the heat of a passing bus. The sun drops below the trees and houses, and I notice a string of lights above the alleyway outside. Half the bulbs are burnt out. Too cold to bother changing them, I suppose. No one will be sitting under them for months anyway.

Even inside, I straddle the edge of shivering. The compromise of a window seat.

But it’s worth it to see the second to last sunset of the year. As the light fades, I fight to focus on everything that’s happened the past 12 months. I’ve always been easily distracted, but I wonder if it’s gotten worse this year. 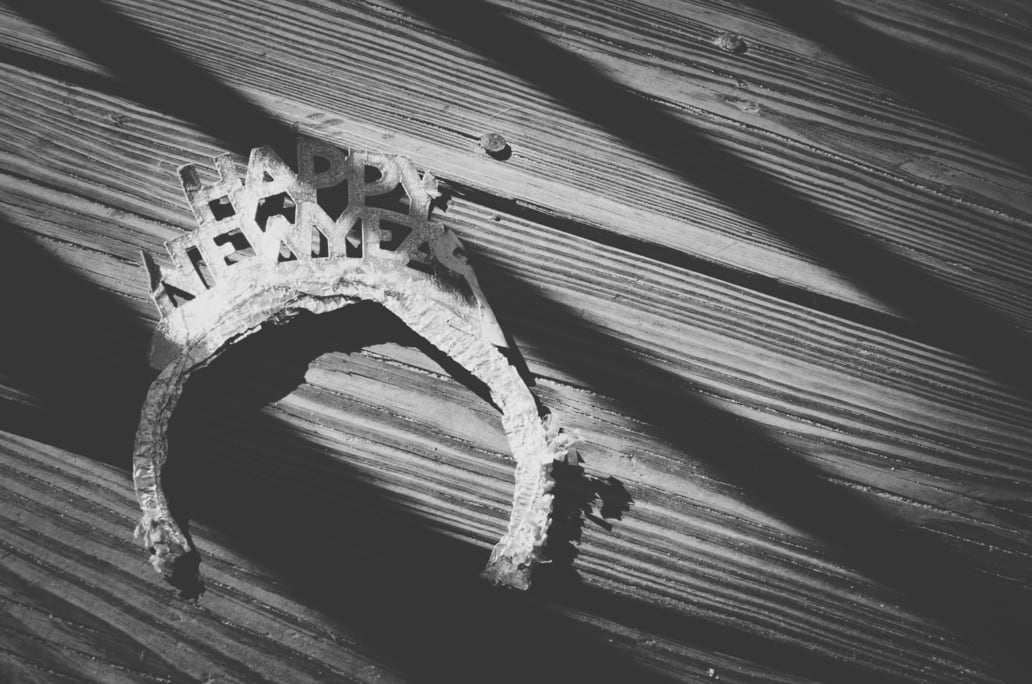 That’s something I plan for the new year, but it’s a vague plan. Effort needs  to be focused for it to amount to anything.

Maybe before I get caught up in the dreams for the new year, I should think back on 2017. What I wanted out of it vs. what I got out of it. How do you judge a year? In the big events? In the fragmented moments?

I fear I’m two steps away from a Rent song here.

I think you measure life against the person you want to be.

The life you want to live.

I’d like to say I got closer to that this year. First and foremost, I released a book. An actual, physical book printed on paper and ink and everything. This is something of dreamed of since I could first read, it’s what I went to college for, and the fact that people out there are holding and flipping through something I created continuously rocks my world.

Not too long after that, I moved back into the city of Minneapolis. Something I’ve wanted to do since, well, I moved of it a few years back. Even better, my job moved to downtown Minneapolis, so I both live and work in the city I fell in love with when I came here for college.

This year was definitely one of forming new friendships, while strengthening old ones. I had some great adventures with amazing people, living it up in the city, traveling across states, flying in a private jet, going to my first NFL game, and more.

Music, as always, played a big part in the year too.

I saw some great concerts (including my first stadium show). I watched friends’ music projects take off. I even gained the confidence to share some of my own songs that I’ve written over the past few years.

No, they’re not publicly available, and I’m not exactly sure what I’m going to do with them, but I know I want to get them out in front of more people. The same goes for a number of other creative projects.

I hope that’s something I can continue to push in 2018.

On a final random note, I started playing bass this year. I’m not exactly good, but it’s been fun, and we’ll see where that goes this next year.

When I look at the pictures and list everything out from 2017, it seems like it was a great year. I’ve even had relatives and distant contacts say how they follow my life, and it seems so full and fun and healthy.

And it is, I suppose.

But there’s uncertainty beneath the surface.

I’ve wrestled with some serious insecurity and loneliness at times this year. I’ve felt detached, stagnant, unfocused, and inadequate. If I sat here and just typed out “2017 was such an amazing year, can’t wait for 2018 #liveauthentic”, I’d feel like I was telling a half-truth.

What did I think would happen this year? That I’d sell hundreds of thousands of books, meet my future wife, pay off all of my college debt, and get six-pack abs? In some subconscious, idealistic way, probably.

But I don’t think that’s the issue.

I think it’s the lingering feeling that I could have done more. Tried harder. Pushed further.

Maybe that’s true. Maybe I’m being too hard on myself. The uncertainty tears at me.

You can’t always control your emotions.

So this next year, more than anything, I simply want to focus on the things I can control. The things that I let myself get caught up in and dwell on. I want to be present in the places where I am and remove as many distractions as possible.

And I know, that sounds super generic and vague, so let me put it a bit more tangibly. I plan on…

Setting my phone aside more often. Ignoring comments and hateful arguments across the internet. Avoiding the temptation to click on articles, posts, etc. that I know will be shamelessly one-sided and do nothing but make me angry. Removing people from my life who bring me down and hold me back.

Having the willpower to say no to things when I know I have something else I should be doing. Going to sleep on time before days where there’s work to be done.

Pushing myself out of my comfort zone. Talking to people, even when I don’t feel like interacting with anyone. Giving straight answers when I’m asked questions.

Practicing and stretching my skills and talents, even though it really sucks sometimes.

And lastly, looking beyond myself more. I really get caught up in my own world and my own struggles and opinions too much.

It’s a lot, and I’ll probably fail more than I succeed…

But that’s okay. As long as I do what I can with what I have, I think that’s about as successful as you can be in a year. And I think half the battle is perspective.

Maybe we just need to focus more on the good. The thing we love and the things we fill called to do. And from there, all the other junk will pass away. Reminds me of an old church song.